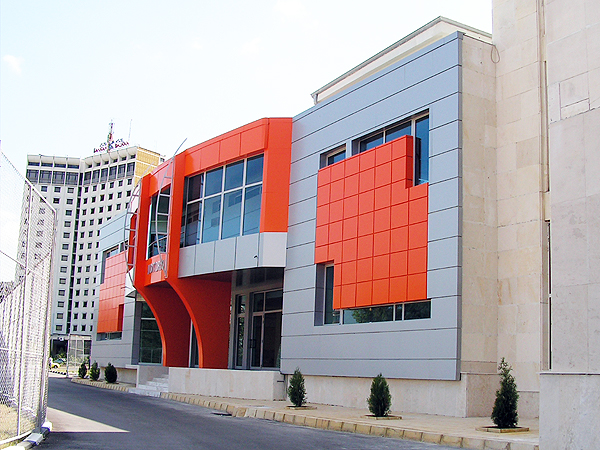 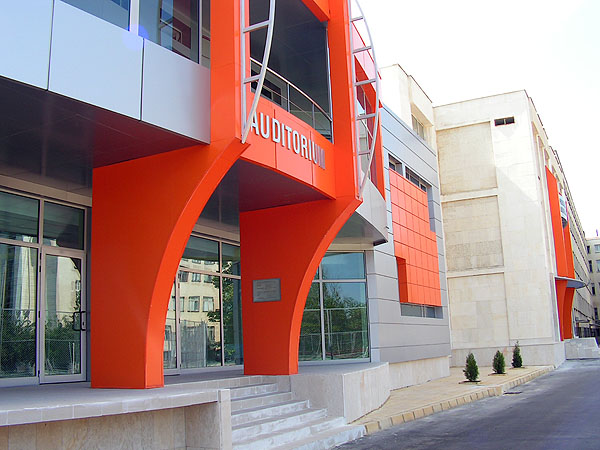 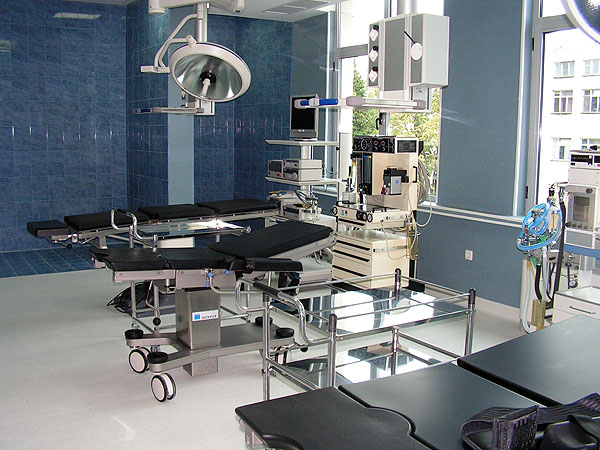 The Medical University in Pleven was established in 1974, based on the former District Hospital in the city and it has trained health professionals with great success. It incorporates educational and therapeutic facilities, a modern hospital base university hospital with more than 1000 beds with clinics in all major medical fields and as well as a large number of specialized clinics and research units with modern diagnostic and therapeutic equipment. These are efficiently used to treat patients and train students, post-graduates and research groups.

The Pleven Medical University is one of the five medical universities in Bulgaria and it is recognised by the state higher educational institution in Bulgaria. The Undergraduate and graduate programs of the university are accredited and recognised by the Bulgarian ministry of education and science The University has all theoretic, pre-clinical and clinical departments required for the higher medical education. Up to date, more than 15,000 Bulgarian and foreign students from over 45 countries have graduated from the University.

The course of instruction is carried out in 24 departments by more than 60 professors and around 300 assistant professors. Most of them are members of national and international scientific and medical societies and authors of research studies. Various modern teaching methods are applied in the academic process. These include theoretical lectures, small group practical tutorials and seminars. Additionally, the students may join extracurricular teaching courses and scientific functioning at the departments.

The University has two student’s hostels with over 400 beds. The students can freely join students’ unions and societies. Foreign students can establish their own national, ethnic and religious communities the functioning of which has to be in compliance with the laws of the Republic of Bulgaria.

The instruction courses in the Pleven Medical University are:
• Faculty of Medicine
• Faculty of Public Health
• Faculty of Health Care
• Medical College
• Department of Language and Specialized Training

The City of Pleven

The town of Pleven is situated in the heart of the natural economic and cultural centre for northern Bulgaria. The town takes pride in its rich ancient history, dynamic present developments and promising future. Pleven is a place for attraction for many young people and it is one of the most popular educational centres in Bulgaria.

There are many other reasons for choosing Pleven as a place to study. Located in the northern part of the country, Pleven is the seventh most populous city in Bulgaria. It is the administrative centre of Pleven Province, as well as of the subordinate Pleven municipality.

Internationally known for the Siege of Plevna of 1877, it is today a major economic centre of the Bulgarian Northwest and Central North and the third largest city of Northern Bulgaria after Varna and Rousse. The town population is about 135,000 people. Pleven falls in an area of continental climate temperatures with 39 ° C during the summer. The history of the town and the region dates back to thousands of years. The town of Pleven is situated in the middle part of the Danube hilly lowland, 160 km from the capital – Sofia, 320 km from the Black Sea and 30 km south from the Danube river.

In their leisure time, many young people admirers and visit the natural reservation “Chernelka”, situated at a distance of about 12 km from Pleven, between the villages of Kartozhabene and Gortalovo it is a city with a unique atmosphere, personality and warmth. You can discover monumental buildings of the great Cathedrals, palaces, charming alcoves, synagogues and places with history. The sublime but buzzling town is famous for being a perfect location for students to peruse their higher education.

Pleven at night is never dull. There is a vast array of things to do and places to go, with pubs and cafes to cater for every conceivable taste. Entertainment is especially strong – music, drama, opera, and dance plus dozens of galleries and cinemas to ensure that free evenings are full evenings.
Pleven is a constantly growing town yet manages to preserve its beauty and serene atmosphere and is famous as a place where the warmth and welcoming nature of people makes you feel right at home in no time.

What can you Study

General Medicine
The General medicine programme runs 6 years and is taught exclusively in English. Graduates of this programme, receive a Doctor of Medicine (MD) degree and is typically structured as the first 2 years focusing on theory, next 3 years focusing mainly on clinical study and the programme is completed with the last year internship of medical rotations prior to graduation.

The University is accredited by the European Union, opening doors for graduates to work anywhere in Europe or beyond in the world. The academic process is structured to various modern teaching methods. Graduates of the Medical Programme acquire specialized theoretical knowledge in a range of pre-clinical and clinical topics. The pre-clinical and clinical subjects are fundamentally covered through lectures, seminars clerkships, specialized practice and consultations.
Practical Skills

With regards to practical skills; students acquire therapeutic and clinical methods to acquire qualifications for specializing in various respective fields and in medical research. The training is focused on achieving a broader general medical education. The Students train to become physicians and surgeons capable of providing professional medical aid and care aimed at preventive aspects of medicine with a broader general medical education.
The Central library of the medical university – Pleven, has recently been modernised to the European standards with over 58, 000 volumes of specialised medical scientific and academic literature.

The figures given above are approximates only, can be vary slightly as per individual choice

The Bulgarian lands are ancient crossroads. They were populated from remote antiquity and remember many ancient civilizations and different cultures have influenced Bulgaria. Bulgaria has an emerging market economy in the upper middle income range, where the private sector accounts for more than 80 per cent of GDP. From a largely agricultural country with a predominantly rural population in 1948, by the 1980s Bulgaria had transformed into an industrial economy with scientific and technological research at the top of its budgetary expenditure priorities.

History:
Bulgarian history really starts with the Thracians. The Thracians were a group of Indo-European tribes that lived throughout the Balkan Peninsula from about 1000 BC.

With such a long and tumultuous history, it’s hardly surprising to find that Bulgaria still harbours impressive stony reminders of the ancient peoples and civilisations that have risen, fallen, conquered and passed through this land. Signs of 2500-year-old Greek and Hellenistic colonisation are evident along the coast, while elsewhere, fortifications, bathhouses and theatres indicate the reach and resources of the Roman Empire at its zenith. The fearsome Thracians left their mark across the southern and central areas of Bulgaria, and the tombs of some of their kings and nobility can still be seen today.

Climate and Nature:
Bulgaria has as moderate and transitional continental climate with four seasons with a dry and hot summer. A Mediterranean climate, with dry summers and mild, humid winters, prevails in the valley of the southwestern Rhodope Mountains. The average temperatures ranges between 2° in January and July temperature ranges between 19° and 30° C. The northern limits of the climatic zone is the Balkan Range.

Transport:
There is an extensive network of air, road and train services in Bulgaria. Most tourist sites are accessible by public transport. Buses are common for urban transport. In addition to them trams and trolley buses are typical in the big cities.

Living, Shopping & Social life:
Similarly to other European countries, Bulgaria offers a rich and diverse cultural and social life. Living in Bulgaria is predominantly cheaper than other EU member countries. For this reason, it is an extremely popular destination for students.
Bulgarians enjoy and love spending their leisure time eating and drinking out. Many Bulgarian food products and dishes are popular internationally. You can find almost any cuisine in the numerous restaurants. Many supermarkets are open 24/7, restaurants work seven days a week and there is a convenience store on pretty much every corner and there’s even some bank branches open on weekends.

Dining:
Though you can have almost all food you like from cuisines around the world; Bulgarian food often incorporates salads as appetizers and shares a number of dishes with the Greek, Turkish, and Italian cuisines. There is a prominence of dairy products, wines and other alcoholic drinks such as Rakia. The cuisine also features a variety of soups, such as the cold soup tarator, and pastries, such as the filo dough based banitsa, pita and the various types of börek (Flaky Pastry). Vegetarian restaurants and wine bars are also available. Cafés, bars, tea rooms and sweet shops are very frequent as they are popular meeting places

Communication:
Three mobile service operators provide Bulgaria with almost 100% 2G and 3G network coverage both on its territory and on territorial waters. There is also internet coverage almost everywhere in the country. In the larger towns and cities, there are Wi-Fi spots with free internet access. These are located mainly in the trade centres, railway stations and bus stations.

Sports and Recreation:
Bulgaria is popular for sports such as wrestling, weight-lifting, boxing, gymnastics, volleyball, football and tennis. Football is by far the most popular sport. Bulgaria is a hiking paradise. This relatively small country abounds in a lot of mountains – big and small, high and not so high mountain ranges are dissected by thousands of kilometres of tourist paths and tracks belonging among the best designated ones in Europe.